I spent the last weekend in Victoria, but I'm having a bit of writers block when it comes to describing it. My acceptance deadline is coming up, and I still need to chose between The University of Victoria and UBC. In the mean time I'll keep telling Europe stories. Only halfway there!

Our last day in Germany started off with a trip to Dachau. It was a much more somber occasion in contrast with the rest of the trip, but none the less it was something I was glad I got to see. After several nice days the weather darkened to match the mood at the former concentration camp. 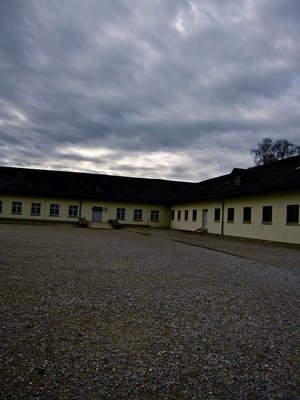 What happened in WWll is a tragedy. It's one thing to read about the history in Social Studies; but to read a story and realize that you're sitting right where it took place is something else entirely. Everything felt so much more real: the square we walked through was the same one the prisoners were forced to stand in for roll call each morning. The small wooden beds were the same ones that previously had five people crammed onto them. 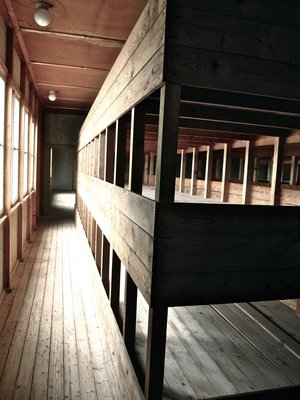 I find it so difficult to truly comprehend what happened there, and how strong the people must've been to live through it. Dachau was the first concentration camp established in Germany. While it was not technically a death camp like Auschwitz , prisoners were still worked to death, randomly shot, and many starved or died of illness. They were forced to where triangles, representing the reason for their imprisonment. Different colours were assigned to jews, homosexuals, gypsies, political enemies, criminals, and "asocials", to determine the harshness of their treatment. The crematorium, built to dispose of the numerous bodies, was one of the most eery places I've seen in my life time. 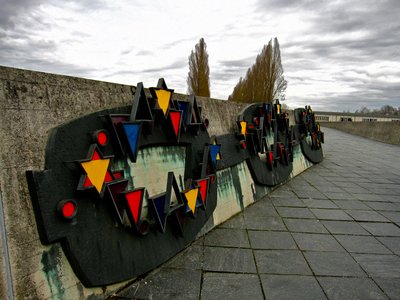 After our tour we were given time to explore, and read the memorial inside. I found it difficult to take pictures, but I hope that the few I got are able to capture the essence of Dachau, and help to spread the message that looms above the memorial: Never Again. 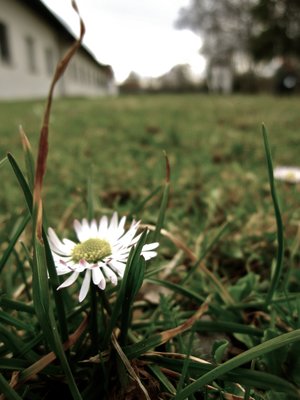 An Interesting Punishment In Munich

Unfortunately, while we were legally aloud to drink in Munich, it wasn't allowed by our chaperones. They actually laughed when they saw us, and said they would let it slide; however after a few other people in the group took it to far they felt it was only fair if they punished everyone for it. Which leads me to my next story... Church

While the rest of our group went on a shopping spree in downtown Munich, us rule breakers were taken on a walking tour of the city before they decided what to do with us. To be honest I was actually pretty happy about it at this point. The thing is I would way rather spend my time out in the streets than in shops we have in Canada. Despite being a big city, Munich manages to maintain much of that old European feel. I noticed signs on some of the buildings promoting the 2018 Olympics... I might have to try and make it for that! 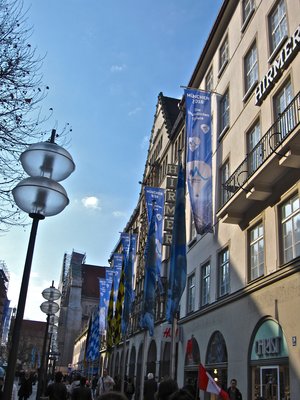 Premature maybe, but I'm already looking forward to coming back!

At loss for what else to do with us, our chaperones brought us into St.Peter's Church to take a look around. As luck would have it a mass was just beginning. Sensing the perfect opportunity to give us a punishment/learning experience, our group stayed for the entirety of the German mass. While it wasn't my first choice activity for the afternoon I can't deny that it was interesting. I think you notice body language and expression much more when you can't understand the language. The man in front of us was certainly impressed by a bunch of teenagers taking the time to attend the service on their holiday (which made us feel a bit bad for the reason we were there). In the end I think we got a more valuable experience than we otherwise would've.

For some reason I didn't end up taking many pictures; I didn't even get one of the church! Despite that, here's a few of the ones I did take. 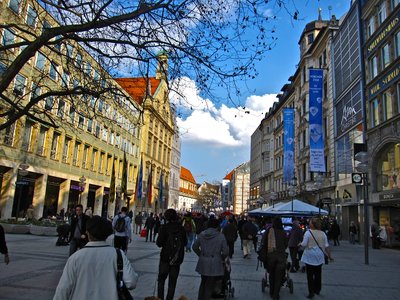 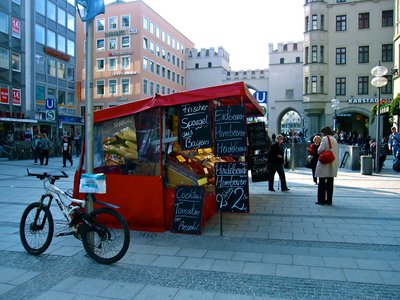 I love the street stands in Europe 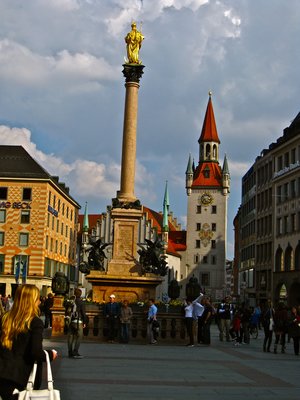 Our meeting place around the city centre

And the best part is we had another day in Munich...

The Mystery Of The Numbers On The Doors

I think what made Fussen so special was the amount of time we had to explore. As we wandered some of the more residential streets we began to notice something a bit different. 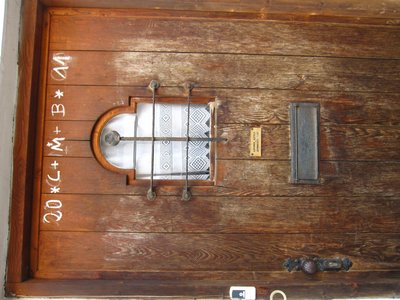 Many of the houses we went by had the same equation written in chalk along the top of the door. Not only that, hadn't we seen that in Austria? Maybe in Northern Italy as well? Naturally we were perplexed. What could it be... A strange cult? Some sort of religious following? Upon returning to our hotel we noticed that even there it was written above the door.

A few days later we were able to ask our guide around Munich for an explanation to the mystery. It turns out the equation means God bless this house for the year 2011. Children dress as Magi and collect money for a religious purpose. Once they have done so they write the equation above the door, which actually stands for Christus mansionem benedicat. For me it's the little things like this that make travel so enjoyable; finding out how they live in other countries, and what makes them unique. Ideally I like to spend a long time in a place before I move on, but the benefit of this tour was how it introduced me to places I'd like to come back to in the future. Germany was one of those places. 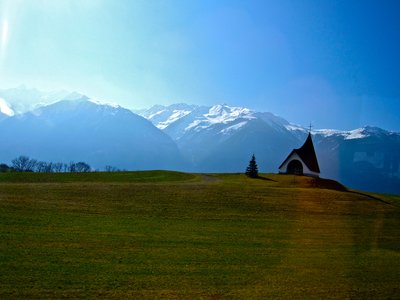 What kinds of mysteries have you encountered during your travels?

Fussen... My Favorite Place Yet

Today we got to see something I used to fantasize about as a child... Neuschwanstein Castle also known as Sleeping Beauty Castle. From a distance it looks just like it, grand and elegant, peaking out from the surrounding mountains. The inside was a bit different than other castles I've seen; it was built in a medieval style, but much more recently. King Ludwig ll wanted it modelled after the Old German Knightly Fortress. The castle was dedicated to the composer Richard Wagner; there was even a cave built inside. It was exceptionally modern for the time, sporting running water and heating. We weren't allowed to take any pictures inside, but this was the most spectacular view anyway. 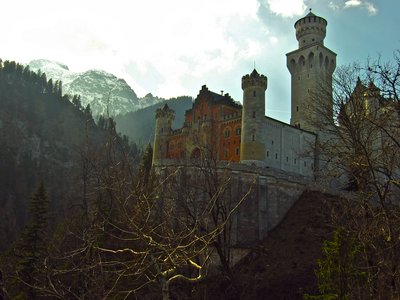 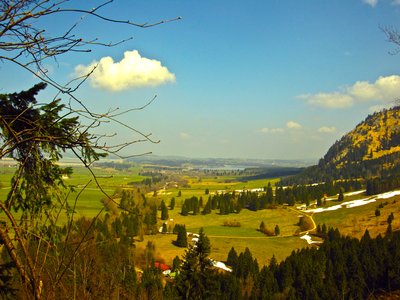 View from the castle

The forest reminded me of the one by my cabin in British Columbia. 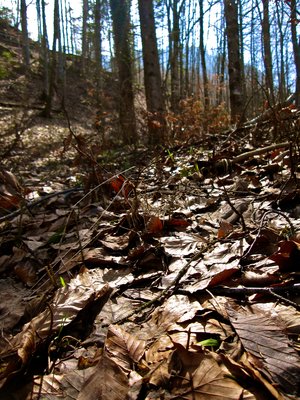 We drove into town, and for once we had the entire afternoon just to explore. Better yet, there was nowhere to shop! That meant instead of going into store after store, we just wandered the streets and really got a feel for the place. A small outdoor restaurant was the location of my first legal drink; after all... I couldn't go to Germany without trying the beer! 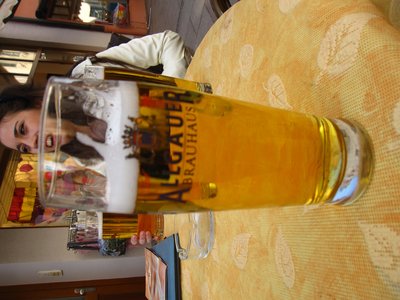 Against the rules? Yes. Totally worth it? Of course.

We spent the rest of the evening exploring every nook and cranny of Fussen. There was a tiny beach on the river that made for gorgeous photos, pretty old buildings to discover, and numerous little streets just waiting to be followed. 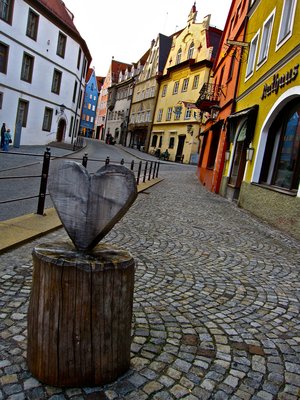 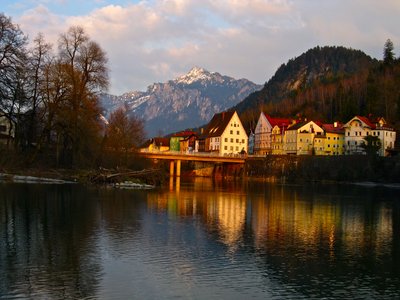 Sunset on the river

Overall the day was fantastic. I didn't notice as many other tourists in Fussen (other than our huge group), and I really enjoyed having the time to explore at my own pace. On top of all that, Bavaria is beautiful, and everyone we talked to was very friendly. I was sad to leave so soon! Tomorrow... Munich

Falling In Love With Austria

We had a long bus ride out of Italy in the morning. I was sad to leave so soon; I know there is so much more to the country than I was able to see in the short amount of time we were there. Hopefully in the future I'll be able to come back and spend more time exploring. As we drove further north we saw miles of vineyards and cute little houses, solidifying my desire to return and experience more of what Italy has to offer. 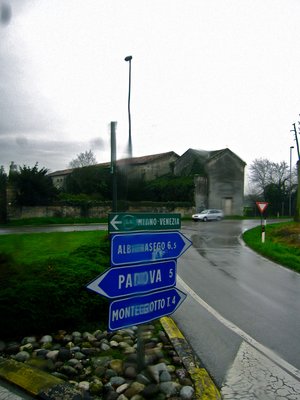 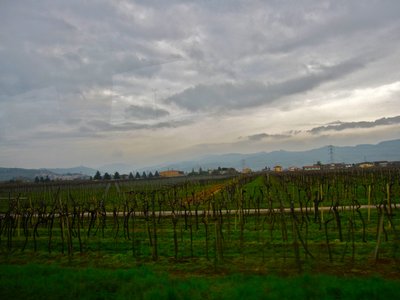 Vineyard views from the bus

As we neared the Austria-Italy border, the scene began to change; from rolling green hills to tall imposing mountains. Approaching Innsbruck, we were lucky enough to have panoramic views of the valley from the high mountain passes. I think I fell in love with Austria before I even got off the bus. 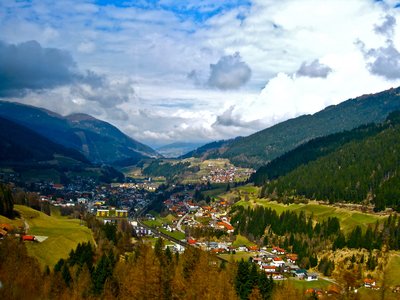 How could I not fall in love?

When we did finally get off the bus we were given a guided walking tour of old town Innsbruck. We got to see the Golden Roof, and toured around the courtyards of some of the older buildings. I think quaint is the best word I can come up with to describe Innsbruck; the houses were colourful, the people were friendly, and everyone rode a bike. My friends and I had a necessary stop at Swarovski, then sat down at cute little cafe to try the special Austrian hot chocolate and the famed Sachertorte from Vienna. When we wandered into the new town I was expecting something a bit more big city. While it was busier and more modern than the old town, they've managed to maintain the traditional architecture, and I found it to be every bit as charming. It's location in the Alps adds to its natural charm by providing a stunning backdrop. Even our hotel in the industrial area had a view of the mountains! Everything was so beautiful, I think I'll have to go a bit overboard on the pictures today. Tomorrow... Fussen. 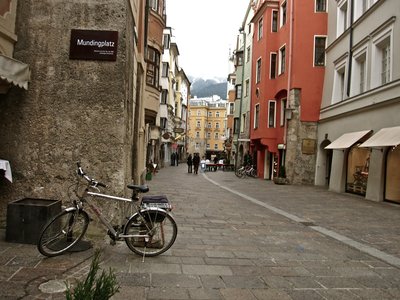 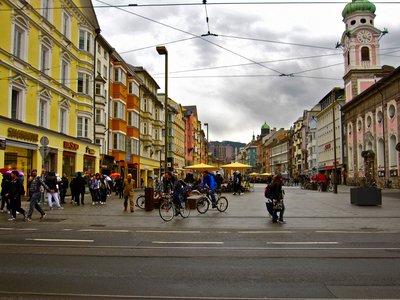 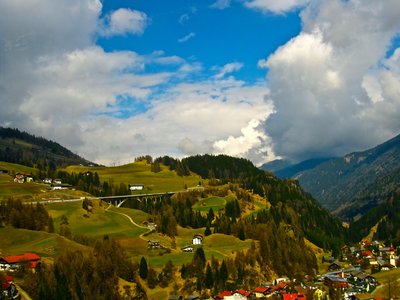 The view from our bus 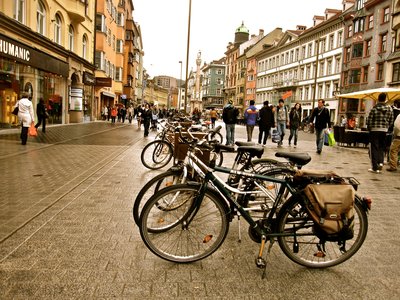 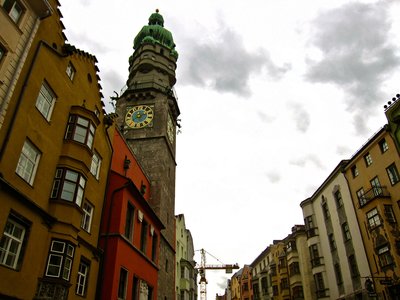 Stadtturm in the Old Town 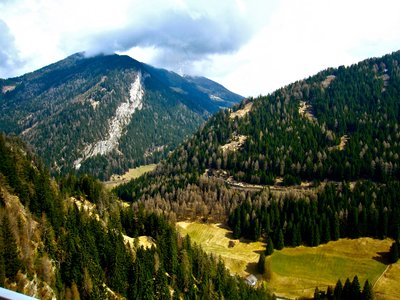 I absolutely LOVE the mountains 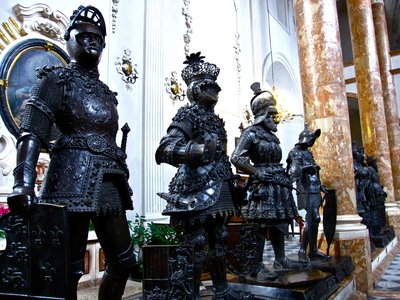